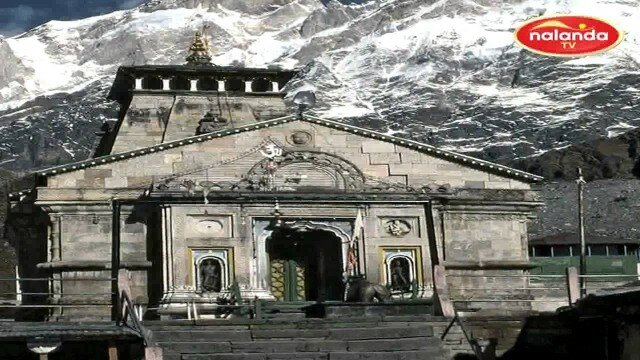 Badri kedarnath Tour, Uttaranchal Tourism,
In Hinduism, the trinity of God has much significance where the Lord Brahma, Vishnu and Mahesh have been personified in the form of creator, preserver and destroyer respectively. And the best form of the trinity can be visualized perfectly at Uttarakhand. The state that proudly hosts the most sacred Chardham Yatra and that includes a visit to four most popular shrines namely Yamunotri, Gangotri, Kedarnath and Badrinath. The Chardham Yatra is a spiritual expedition that symbolically means four pious abodes of God.

The sacred journey to both these shrines can be started from Haridwar where a holy dip in River Ganges sanctifies everyone’s moods. And then the pilgrims make their start to Kedarnath Temple to start their Do Dham Yatra. The Kedarnath Dham Temple is basically devoted to Lord Shiva. The temple is being elevated at an altitude of 3584 m above the sea level near the Mandakini River. It’s undoubtedly a very popular destination where huge amounts of pilgrims make their visit to receive blessings of the Almighty Shiva and according to a legend it is one of the twelve jyotirlingas of Kedar out of almost 200 shrines dedicated to Lord Shiva in Rudraprayag district.

The temple of Kedarnath was being built by Adi Shankaracharya with gray stone. It’s a very ancient structure known for its grand architecture of 7th Century. Legend says Pandavas performed a strong penance to please Lord Shiva in Kedarnath. After having won the war against the Kauravas, the Pandavas felt guilty and wanted to seek blessings of Lord Shiva for redemption who was eluding them. Lord Shiva took refuge in Kedarnath in the form of a bull and dived into the ground leaving his hump on the surface. Since then, the devotees come here to seek blessings and redemption from Lord Shiva.

The best time to visit the Kedarnath Temple is from the end of April to the beginning of November and one can reach there after a trek of 14km through a paved road from Gaurikund. Gaurikund is connected by road from Haridwar, Dehradun, Rishikesh and some other regions of Uttarakhand. The nearest airport is Jolly Grant in Dehradun while the nearest station is Rishikesh.